I have Lee Sherred joining me today to share his self-publishing journey!

Hi Lee, could you tell us who are you and when your journey began?

Lee Sherred, I’m a former British soldier and police officer and my writing journey probably only really began at the beginning of 2016 when I was injured on duty (although I’d considered writing on a number of occasions over the years before but, for one reason or another, I never took the next step).

I currently have one book published through KDP, Lines of Justice: Azdaja, which was published in June 2017 and it’s the first in a series of dark thrillers I’m working on. It’s also available in paperback through Amazon, something I delayed doing for quite some time. I’m currently working on the next in the series which, I hope, will be in some semblance of order in time to publish in the next few months (I’m still undecided on a cover or title at present).

Simply because I had no idea of how the industry worked (I’m still finding my feet now). I went into this, more or less, totally blind. I’m certainly not an academic and I have zero writing pedigree or experience. I chose to self-publish because it seemed to be the most easily reached, obtainable rung on the writing ladder for me at the time.

Probably not having to meet strict deadlines. I still work a full-time job at the same time as writing so real life often throws a spanner in the works for me. Committing to the strict deadlines required by a traditional publisher isn’t achievable … at the moment.

Erm … also, not having deadlines to meet. I find that I can get easily distracted and fall into the “put it off until tomorrow” frame of mind because there’s no one badgering me for the finished product. That and marketing I guess.

That actually writing the book is the easy part, getting people to want to read it is much harder! Had I known that at the time, I would’ve probably started marketing myself and my first book long before it was ready to be published. I had zero online presence as a writer until I was finished, which in my opinion now was too late.

I wish I’d joined some of the Facebook groups earlier. The whole process has been a steep learning curve for me, especially after publishing in June last year. A lot of that could’ve been researched and learnt before publishing.

Only as above really, join some of the writing groups early because there’s a wealth of useful knowledge and information in them and, if not, then there’s always someone to ask if you have a problem or query.

Thanks so much for sharing your journey with us all, Lee! You can keep up with Lee’s news by following his social media accounts:

Lee’s debut is out now, here’s the blurb … 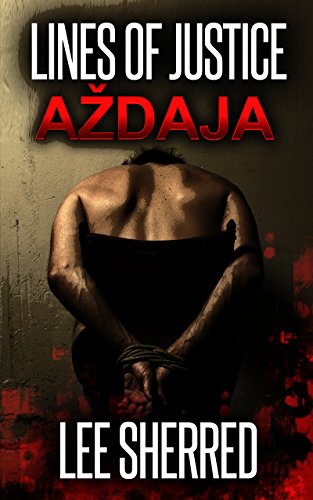 Bound by honour. Driven by revenge. Two men with a score to settle.

Kosovo, 1999:
Sgt Dean Samson and his team of British soldiers are well aware of the dangers they’ll face and the things they’ll see in a country that has suffered years of oppression and ethnic cleansing. But nothing could have prepared them for Aždaja, a sadistic, mythical, serial killer with a penchant for vile humiliation and unimaginable torture.

Present day:
Since leaving the Army, Samson now a Police Officer, has struggled to erase his darkest memories of Kosovo. When he receives a devastating medical diagnosis, his nightmares come flooding to the surface, forcing him to face up to what he did….and what he didn’t do. With nothing to lose and no one to stop him, he’s at a crossroads. But is he prepared for what lies in wait? Will the horrors of Kosovo return with a vengeance?

You can get your copy over at Amazon now: 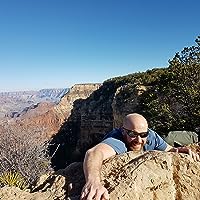 Author Lee Sherred has led a full life that, in many ways, rivals those of the heroes and anti-heroes he creates. A skilled martial artist, fighter, British Soldier and Police Officer, Lee has amassed a wealth of knowledge in many areas.

A lifelong reader, Lee knew long ago that he’d one day pen his own novels. After a long career serving his country, a significant injury left him with unexpected and unwanted downtime. For the first time in his life he finally found the motivation to put pen to paper, turning his firsthand experiences into absorbingly dark and humorous stories that readers will love.

When not writing, Lee can be found at his home on the South Coast of England, enjoying family time with his wife, kids and a trio of unruly family pets.